Regardless of where you're headed in the U.S. Virgin Islands, visitors must fly into either St. Croix or St. Thomas, both of which have airports. The U.S. Virgin Islands are readily accessible from the American mainland. St. John does not have an airport. The closest airport is St. Thomas in the USVI capital city of Charlotte Amalie. There is also a ferry to get to St. John is on the other side of St. Thomas from the airport. There are two main airports on the USVI: Henry E. Rohlsen Airport (STX/TISX), also known as HERA, and Cyril E. King Airport (STT), also known as CEKA. If there is no direct flight from where you are, the islands can also be reached through common hubs like New York, Miami, Atlanta, Charlotte, Chicago, Dallas-Fort Worth, Philadelphia, Ft. Lauderdale, Boston, Detroit, Minneapolis-St. Paul, and Washington D.C. In addition several flights depart every day from San Juan, Puerto Rico to St. Thomas. Since most flights are offered every day throughout the year, the Virgin Islands are very well connected, making them an attractive location easily reached even on short notice. Learn more about flights to the US Virgin Islands. 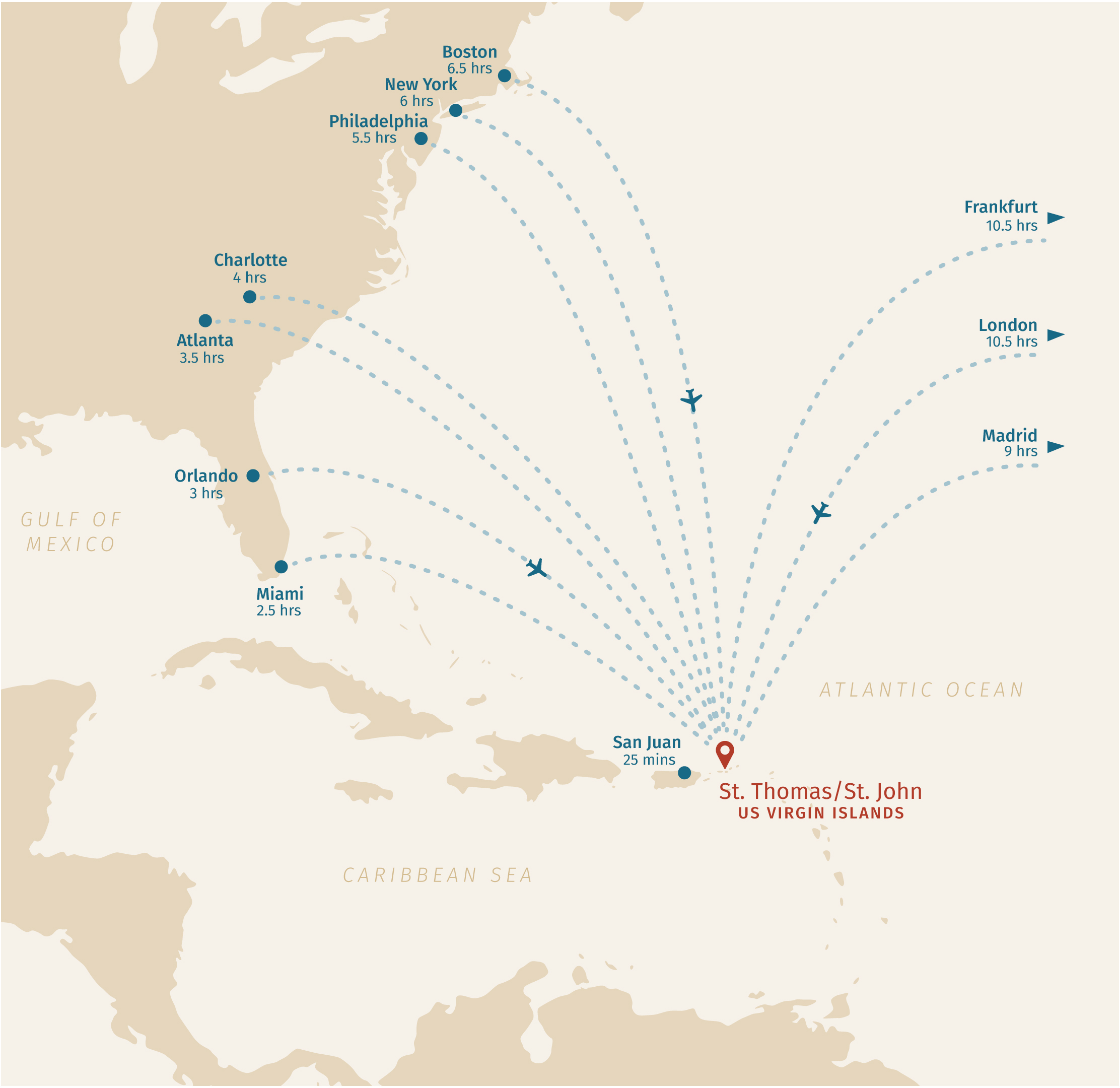 Once you arrive on St. Thomas, you have several options to continue to The Hills. The most common option is to taxi to Red Hook and board the hourly ferry to Cruz Bay, St. John.

Upon arriving on St. John, taxis line the street near the ferry. Just ask any driver to take you to The Hills and they will direct you to a taxi heading that way.

Alternatively, our concierge can help you arrange airport to villa transportation including a private taxi, a luxury car or SUV, private water transport, even a helicopter. After you complete the booking process, these transportation options will be provided for you. Once you decide, our team will facilitate getting everything set for your arrival.

Renting a car is also an option.